Climbing Ladders for Strength and Size by Steve Shafley

3 simple things to trim your waistline 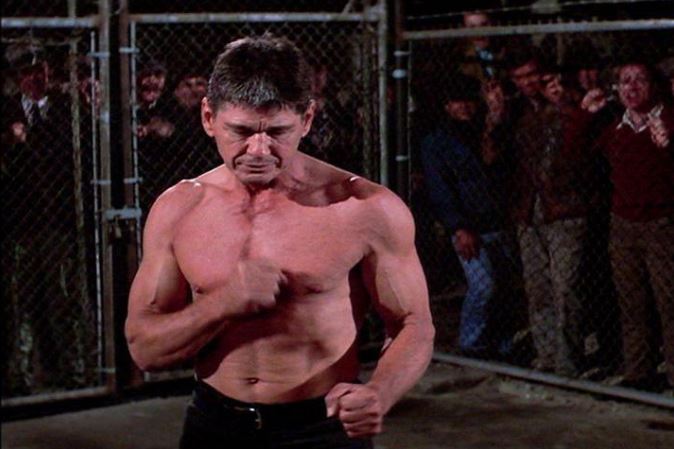 The photos above were studio shots taken nearly twenty years apart. More than the idea of film popularity over decades, they represent fitness and conditioning methodology that stands the test of time. Orienting oneself for an athletic competition or photo session can be a powerful motivation, but maintaining fitness as an act of consistency represents an entirely different mindset.

There were 15 kids in my Mom’s [Charlie’s] family. My Mom [Helen Buchinsky Furman] was two or so years older. All the brothers and my late grandfather, Walter, did work in the mines in Ehrenfeld, PA. In his teens, due to less available work in the summer, Charlie went upstate to work on a farm. During that time he attended a seminar on health and fitness. [Pre WW2]. I have no idea who taught it, but from information I pulled from relatives, it was a Charles Atlas type of thing. Training and eating properly. Dynamic Tension, squats, push ups, pull ups and sit ups.

When he returned to Ehrenfeld he had gained muscle and leaned out. His whole family, my Mother, Aunts, Uncles, etc. noticed the difference. Fast forward. When he was roommates with actor, Jack Klugman, Jack said Charlie pounded out, “Pushups between milk crates, rope climbing from a rope hung in the alley, sit ups and running.” Historically I saw his heavy bag at his Bel Air home in 1986. My cousin Michelle told me he had a heavy bag and speed bag at his Vermont Horse Ranch. His Hollywood bachelor pad had a rope in the ravine below his pool deck. There was a heavy bag near the pool as well.[1964]

Boxing was simply part of his life from youth as it was with all my adult male relatives. Charlie’s older, brother, my Uncle Dempsey, actual name was John Buchinsky, literally the toughest of the brothers, taught Charlie boxing at a gym near the coal mines. You can see the, “Dempsey-esque” movements in the punches from the film, “Hard Times“.

In addition, horseback riding, motocross, swimming, knife throwing and shooting were all part of the mix. The last point is diet. He was always STRINGENT with food. Limited calories. At my Grandma’s funeral, during the filming of “Once Upon a Time in West”, Charlie mentioned loving the food in France, but practicing, “push aways”, because you have to limit intake to stay in shape. During that afternoon, he indulged in a piece of my Aunt Janet’s incredible cherry pie. One piece with his cup of Yuban coffee brewed in a porcelain pot. He mentioned jumping on a plane to Spain to be on set with, “Hank”. [Henry Fonda]

On the set of the “Dirty Dozen”, football legend turned actor, Jim Brown, stated that he respected Charlie for not, “carrying on” after hours and being a family man. He also stated, “He wouldn’t want to mess with Charlie”. Charlie was amused since Jim was a world class athlete, 6’2” and 230lb. Jim replied, “The thing is, I could pound you into the ground one day and you’d be back the next to take me out.” Charlie said, “Well, you’re right. I don’t give up.”

During Breakheart Pass, a fight sequence was staged between none other than Archie Moore and Charlie. Of course stuntmen were used for any high risk situations. However it was necessary for the principals to grapple on a snow covered passenger train roof passing bridge, spanning a canyon. Archie Moore, always up for the challenge said, “If Bronson’s doing it, so am I.” So they filmed the rather vivid sequence. At one point they were hanging over the edge of the train. [Obviously with safety harnesses]. When the director yelled, “Cut!”, Archie mentioned to the press, “I started pulling myself up with both arms, then I looked over and saw Bronson pulling himself up with ONE arm!”

So there you have it. Heavy labor as a youth, a good introduction by a workshop into fitness and diet, Then boxing, running, sit ups, push ups between milk crates and rope climbing. Daily systemic activity,. swimming, hiking, heavybag, speedbag, knife throwing, horseback riding. Then follow a stringent diet and choose your parents carefully. Think of being in shape as an act of daily choice, rather than chasing a goal. Train for life. Be a hard man. [or woman].

Tom Furman has been involved in martial arts and conditioning since 1972. With an early background in wrestling and a student of the methods of the York Barbell Club, Tom immediately separated fact from fiction growing up outside Pittsburgh. Eleven members of his family were combat veterans, the most famous one being “Uncle Charlie” (Charles Bronson)

His down to earth training methods are derived from his decades long practice of martial arts and his study of exercise science. The application of force, improvement of movement and durability rank high on his list of priorities when training. 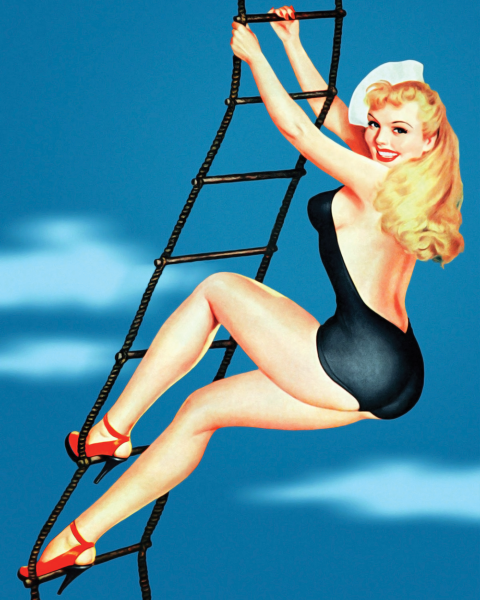 Climbing Ladders for Strength and Size by Steve Shafley 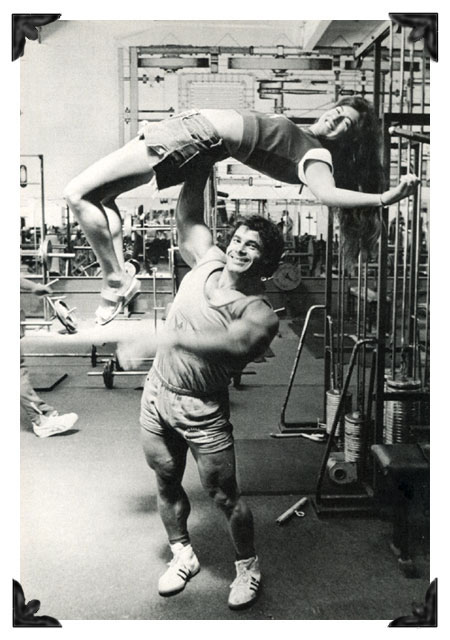